Equestrian vaulting, or simply vaulting, is most often described as gymnastics on horseback. Vaulting has a history as an equestrian act at circuses but it is believed by some that its origins could be traced to the ancient Roman games, where acrobats usually displayed their skills on cantering horses. Others, however, believe that vaulting originated in ancient Crete, where bull-leaping was prevalent. In either case, people have been performing acrobatic and dance-like movements on (or over) the backs of moving horses/animals for more than 2,000 years.

Our vaulters participate on a team and learn as individuals, pairs (pas-de-deux), and groups. We begin every workout with exercises on a vaulting barrel and then progress to executing those same exercises on the back of a horse at a walk and then a trot.  These exercises provide exceptional opportunities for physical, developmental, and social improvement or progression for both typically developing children and those who may have balance, attention, gross motor skill or social deficits.

Vaulting is a form of artistry, recreation and entertainment. Our vaulters range in age from 7 to adult, practicing individual and team skills and routines. The team practices each week for, roughly, an hour and a half.  That time includes grooming and tacking their vaulting horse, stretching, vaulting barrel exercises and warm up, and mounted execution.  Our vaulting team provides regular demonstrations of their talents and skill sets at Open Houses and special events. 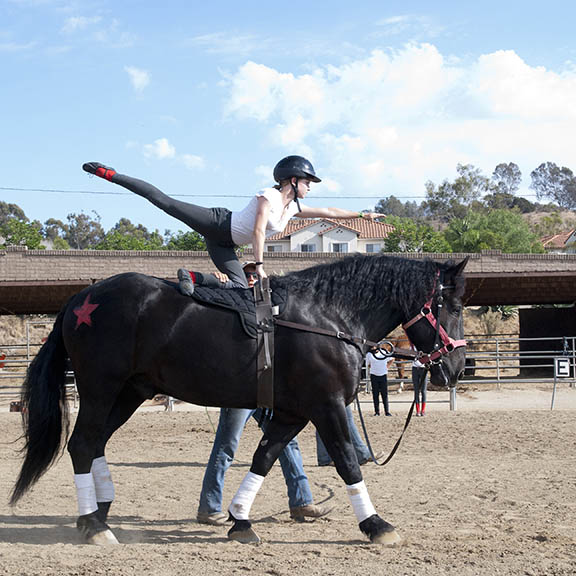 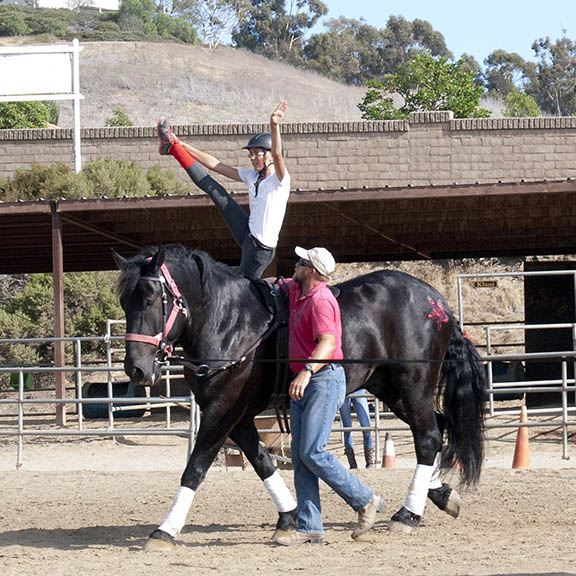 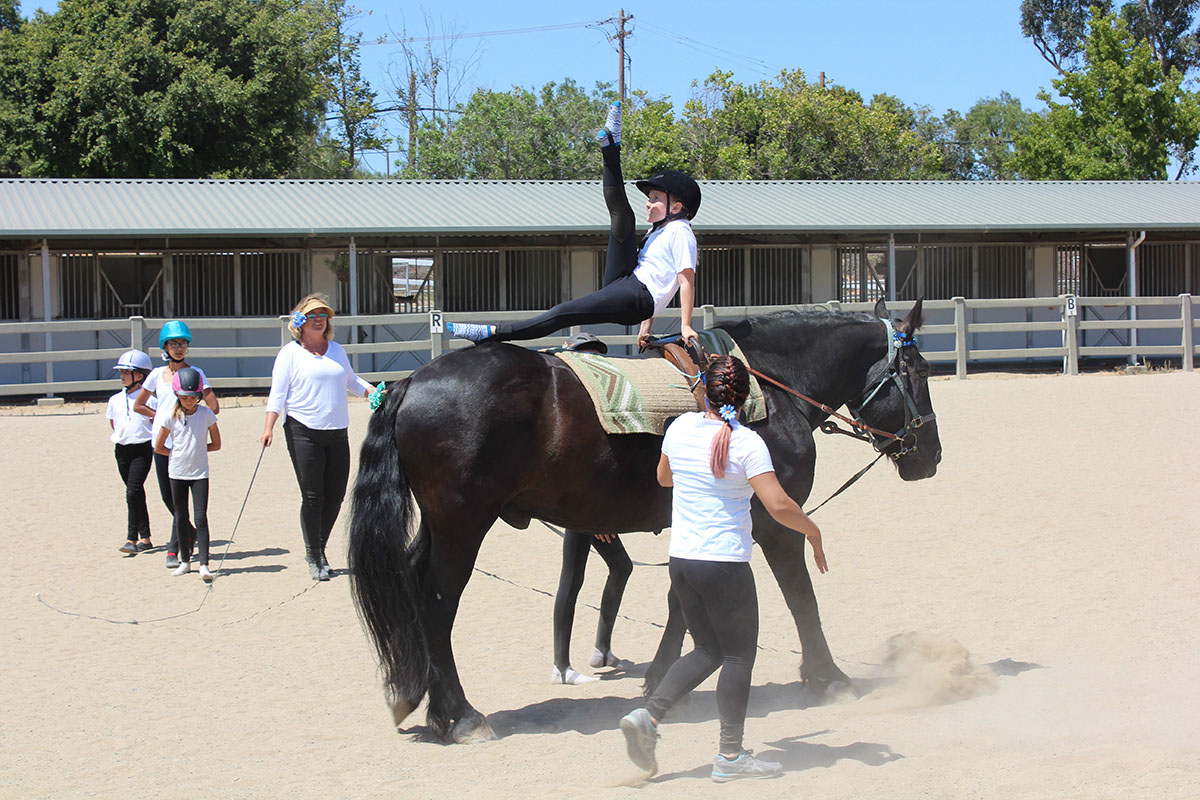 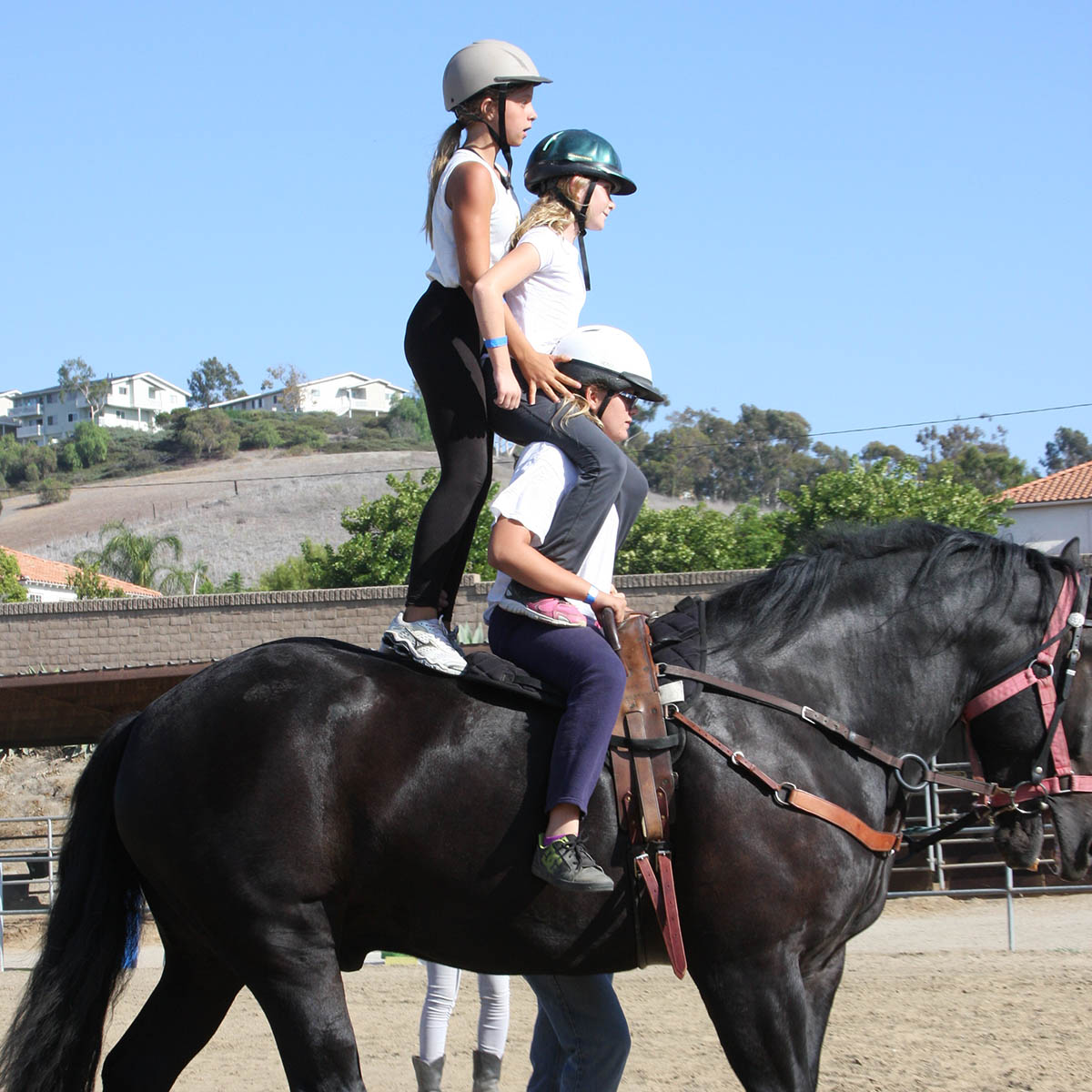 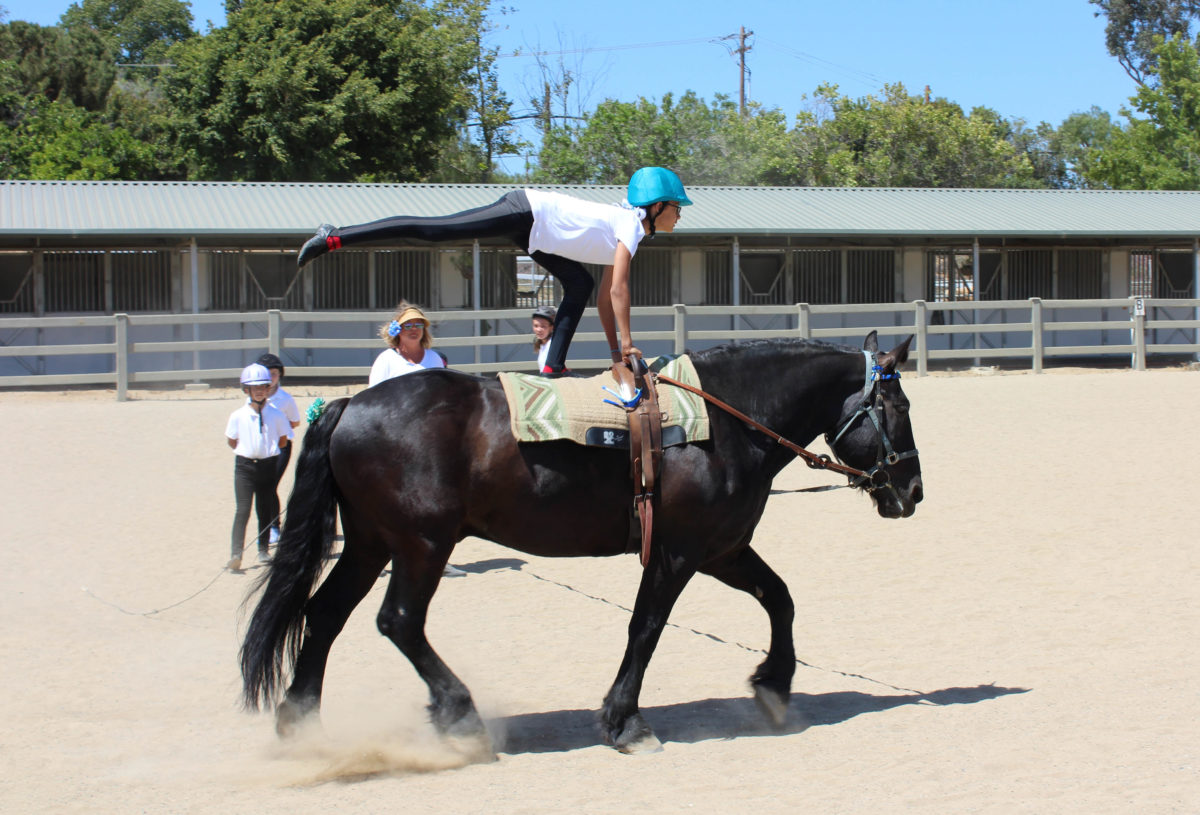 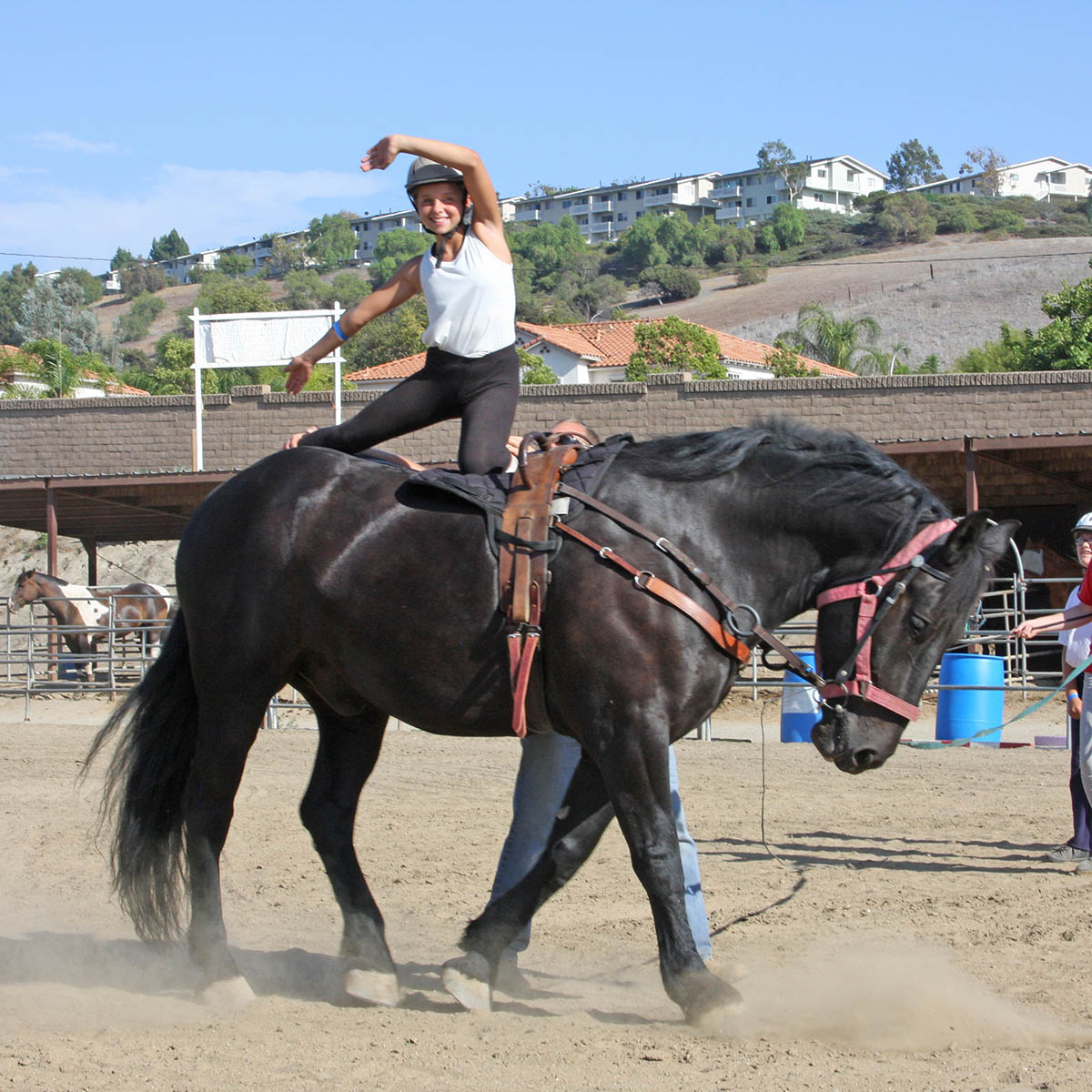 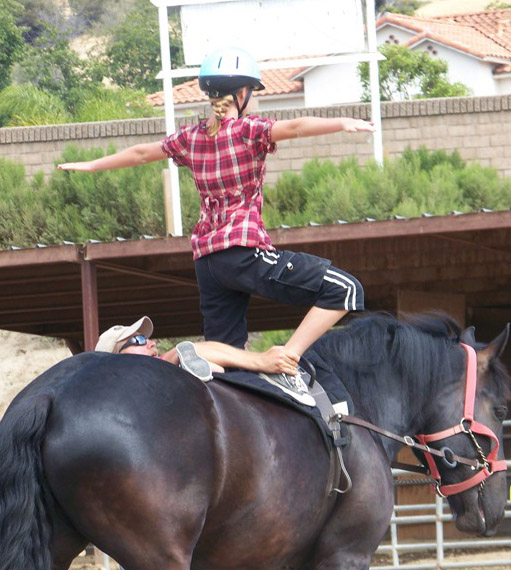 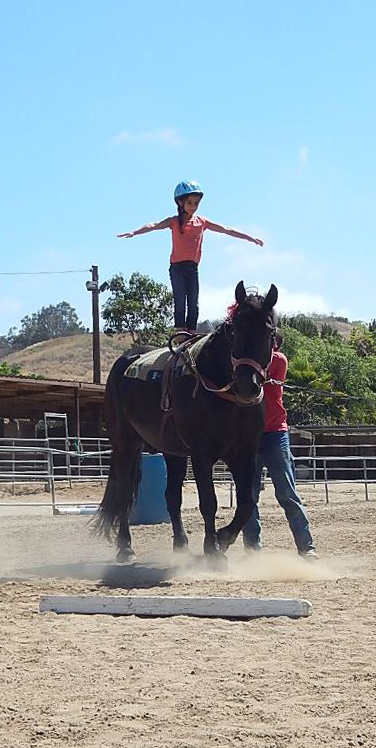 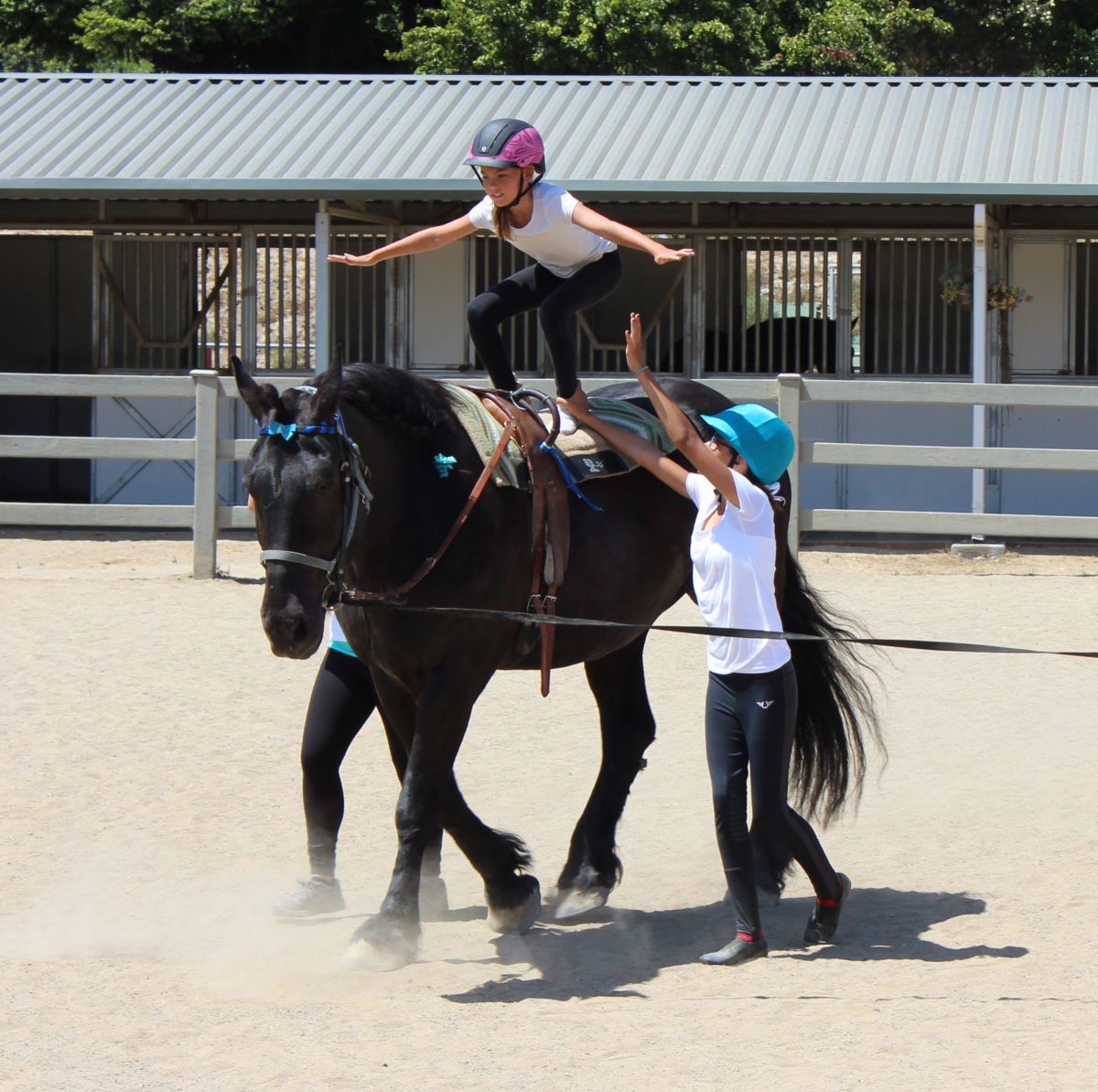 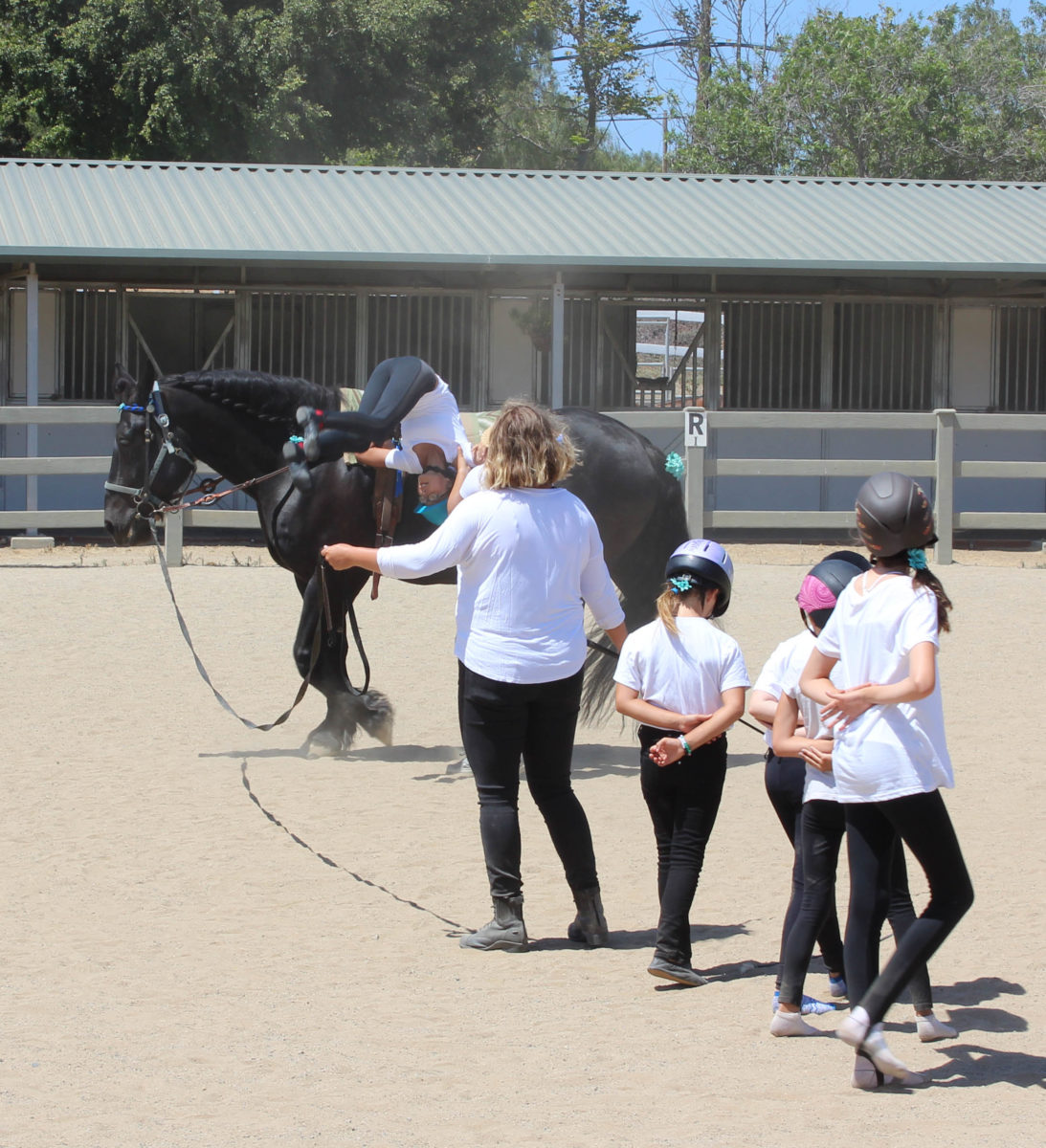